Rebeiro, who received a BA in Political Science from BYU, holds a JD from BYU Law, and is completing a PhD in Constitutional Studies and Political Theory at the University of Notre Dame, joins us this fall and will teach courses on Property Law and the Fourteenth Amendment. In future semesters, he will introduce a new course on Race and the Constitution. 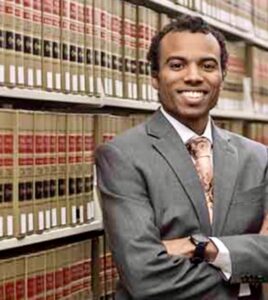 Rebeiro’s research ranges from US Constitutional history to comparative work involving Japanese constitutionalism. He studies the philosophy of law and the influences of political thought on constitutional jurisprudence. His dissertation, “Natural Rights Reconstructed: Frederick Douglass and Constitutional Abolitionism” investigates how Douglass thought differently about the Constitution than some of his contemporaries. “I think it’s interesting, especially in our time. You see discussions between the 1619 project and also the 1776 project, and they’re fundamentally arguing and grappling over ‘What is the character of our nation?’ I think Douglass has a compelling case, in fact, informed by the Declaration of Independence and the Constitution itself, that we ought to understand our own past according to these terms so that we might have a brighter future.” The latter part of Rebeiro’s dissertation looks at Reconstruction, the Thirteenth, Fourteenth, and Fifteenth Amendments, and their meaning. “I investigate them from Douglass’s perspective,” he says. “It’s important to get a full picture.”

Rebeiro has also worked as an associate at Ballard Spahr LLP in Salt Lake City, UT, and will be on sabbatical from BYU Law to clerk for Judge John K. Bush of the US Court of Appeals for the Sixth Circuit in the fall of 2022.

Rebeiro credits his path to law school as “a 10-year-old’s intuition.” “In the fourth grade, we had to do a project on what we wanted to do when we ‘grew up.’ I did some research and happened upon Howard University, and they had a law school. I thought, ‘I want to go to law school’ and it stuck!” Rebeiro joined The Church of Jesus Christ of Latter-day Saints at age 13, heard about BYU, and decided to attend. Great mentors at BYU interested him in political theory and later as a law student, Professors Gedicks, Collings, and other mentors were instrumental in helping him to see that he should also pursue a PhD in political theory.

Speaking about returning to BYU Law, he explains, “I wanted to contribute and be a part of the very same efforts that helped me as an individual to grow and become who I am now. I wanted to be a mentor just like those mentors I had before me.” Rebeiro concludes, “BYU Law was always the dream. This is where I always wanted to end up.” 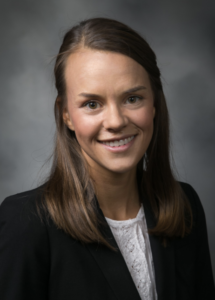 Williams’s scholarship explores the idea of American exceptionalism and how that sentiment and world view shapes our law, political rhetoric, and citizenship practices. She also studies oral argument and rhetorical performance during Supreme Court oral argument. “A lot of work has been done on substantive dimensions of oral argument as a way to change the Supreme Court Justices’ minds, but I’m looking more at what constitutive work is done there, the performative work,” she says.

When asked why she is coming to BYU Law, Williams explains, “I was drawn to BYU Law because I knew it would be an environment where I could tap into all the parts of my mind and spirit and all of the parts of my academic identity.” She continues, “I love the ‘Enter to learn, go forth to serve’ mission and being a part of helping the next generation of young adults go out into the world and make a positive impact.”

We are thrilled to have these constitutional and political theory scholars join the BYU Law community this summer!

Alusine Conteh: Giving Back and Making an Impact

Melinda Bowen: Diversity, Equity, and Inclusion in the Legal Profession