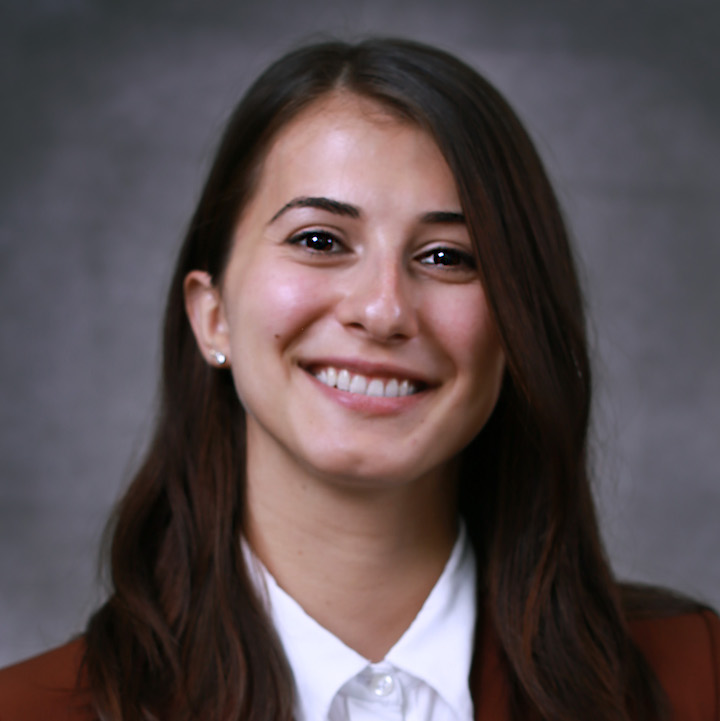 Alexandra Trombitas, a 1L at BYU Law, has been wanting to go to law school for a very long time.  While earning her undergraduate degree at Loyola University Chicago in economics and political science, she worked as an administrative assistant—and later as a paralegal—for a firm specializing in worker’s compensation and personal injury law. “All the attorneys I came across were capable, intelligent people. The work was interesting and challenging. I wanted to do what they were doing,” she says. “Now that I’m finally here, I’m so happy. It’s not easy and some days I’m extra tired, but everyday I remind myself that law school is the priority,”

Originally from Romania, Alexandra immigrated to the United States with her family in the mid 90’s. After graduating from college, she worked for nearly five years as a consultant in the financial services industry in New York City. “Even with all the cool projects I was working on, I didn’t feel the same satisfaction that I felt working in the law,” she says. This prompted Alexandra to start studying for the LSAT.  “I realized I wanted to do something that wasn’t about me,” she says. “I had had the opportunity to go to court on behalf of attorneys for minor things, to help represent people who were vulnerable,” she remembers. “I really like that aspect of the law.”

Although she considered several law schools, Alexandra says BYU Law was her first choice. “I applied to 10 schools, and the individuals I interacted with at BYU Law seemed to be the most caring. Under normal circumstances that matters, but under COVID-19 conditions, it really matters,” she says. “Those little moments of care add up.” Another reason for choosing BYU Law for Alexandra was location. “I had been living in the ‘concrete jungle’ and missed spending time in nature. I have started hiking a lot, and now it’s a part of my regular routine,” she says.

Alexandra is attracted to environmental law but says she is also interested in estate and property law. “Law is so versatile. I’ve had colleagues who become out of touch and get left behind. In the legal profession you have to be resilient and evolve,” she says. “I want to be a part of this world.”